Return From the Devil’s Highway – the Trip Back

We had stopped at quite a few places on the way up to Springerville, the end of our journey on US Highway 191; sometimes called “The Devil’s Highway” since it’s original Hwy number was 666, but people were stealing all the 666 signs so it was changed to 191.  If you keep following it, it eventually goes all the way up to Canada but our plan was to overnight it in Springerville and then return to Phoenix via Hwy 260 to 73 so as to loop around the Fort Apache Indian Reservation going through Whiteriver, Ft Apache, and finally meeting up with 60 and taking that back home.

But first I’d like to tell you a little about Springerville.

Once we got checked in and settled in at our hotel, we headed just down the road to “Los Dos Molinos” restaurant.

It was very good and you can Google it and get more info – if you go to Springerville, I highly recommend it!

Early that next morning, I got up, walked the doggies around our neighborhood, and came across this:

Oh My!  That Sounds Dreadful.

Checking into this a little more, I found that the accused was a certain notorious outlaw, Billy Evans.  Apparently, Billy and five or six of his outlaw pals, were celebrating Christmas by shooting up the town.  They ganged up on James Hale, knocked him to the ground, and Billy shot him dead in cold blood just because.  The old west…the wild west.  Five months later, Billy Evans and another outlaw were killed while rustling horses as related in this newspaper article from the day:

Correspondent of the Critic.

On the morning of the 11th last, two more of the most desperate and daring outlaws who have infested the borders of Arizona and New Mexico for years past, were killed at the mouth of Blue Creek, where it empties into the San Francisco, in Graham County, this Territory.

These two desperados sported many aliases.  The most dangerous and reckless of the two was known most generally by the names, “Joe Williams”, “Sprague” and “Long Hair.”  His right name is not certainly known here. His companion, Billy Evans, (which is his right name) generally went by the name of “Jack Diamond,” or “Jack Timberline” and these same two men stole four horses last January, when they were followed to Grant Station, on the A.& P. Railroad and three of the horses were recovered, but the thieves succeeded in making their escape.

Since that time they have been making their depredations in the wild Brakes of the Blue, and plying their nefarious vocation in, what they thought, an impregnable hiding place.

On the evening of the 9th last, they made a raid on the horses of a prominent ranchman, on the upper Blue, who soon discovered that three of his horses were gone, together with two horses belonging to two quests who were stopping with him.  This ranchman, who is one of the best and most fearless citizens of the Territory, together with his two guests, immediately started in pursuit of the thieves and, when within about a mile of the mouth of Blue Creek, they saw smoke rising from a canyon, which came into the Blue from the south near where it empties into the San Francisco.

The pursuing party dismounted and hitched their horses and took a straight cut across the hills, through a country that could not be traversed except on foot.  They approached the camp of the rustlers from the west, and found them in a canyon with abrupt walls on either side, and they could not be seen until they reached the bluff right over them, and not over thirty or forty yards distant.

The pursuing party of course approached the edge of the bluff very cautiously, and saw their horses first, and upon advancing closer to the edge of the bluff, they discovered the bandits.  They had just finished their supper and were taking a smoke around the fire which had cooked the last supper for two out of the three.

The pursuing party fired on them simultaneously, and “Long Hair” and Billy Evans fell dead, both shot through the heart.  The third man, supposed to be Kid Swingle, succeeded in making his escape on foot in the thick undergrowth and timber.

Thus ended the career of two as dangerous and desperate outlaws as ever stole a horse or held up a railroad train.  But they are “good rustlers” now.  They are quietly sleeping the last sleep in a weird and untimely grave at the mouth of the Blue.  It’s rough, but it is right.

We may send you another chapter that will be interesting about Billy Evans, Alias “Diamond,” et al.  He was wounded here during the holidays last December, while trying to escape a posse of officers who had arrested him.  He was held in jail at St. Johns until about January l8th, of this year, for the murder of old man Hale, who was killed last Christmas day.  There not being sufficient evidence to hold him on the charge he was released, but the little narrow house where he is now confined will hold him relentlessly until Gabriel blows his horn.

After that piece of colorful local history, we headed west on Hwy 260 out of Springerville looking for the trail-head to the South Fork Camp hike.  It’s just a few miles outside of Springerville and reputed to be a nice hike to take with dogs – I actually found out about it by reading up on it in a hiking manual I own called, “Best Hikes with Dogs Arizona”; and there we were, in Arizona, with dogs, so it was inevitable.

The weather was perfect, the air cool and crisp, and the well-marked trail followed right beside a babbling brook.  Uh huh.  It was perfect.

We headed out to make our loop around Fort Apache Reservation stopping at:

Both locations have gas and Hon Dah, clearly, has a casino!  This area is known as the White Mountains and it is very pretty up there, but keep in mind you are on an Indian Reservation not in the national forest or something like that so if you go up there, plan your trip if you want to hike around or camp.  But there is a lot of recreation up there and it is beautiful.

Further down the road is a worthwhile place to stop:

This area with the Salt River running through it is just breathtaking!  It’s the kind of area that pictures just cannot do justice to.  The red bridge is the highway and the other bridge is for pedestrians.  We stopped for awhile and had lunch of leftovers from restaurants we’d been to along with other food we had brought with us.

We got back on the road and made it to Globe where we drove around for awhile looking for coffee, but everything was closed.

We didn’t think we’d have any luck finding coffee at our next stop, Superior, which is where this interesting movie was filmed: 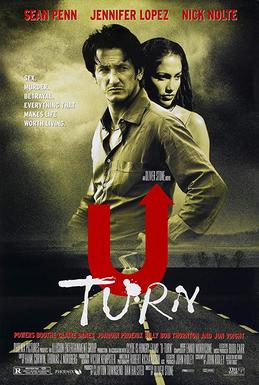 If you haven’t seen this movie, check out its plot on Wiki – Superior isn’t really like that at all.  It’s just sort of a ghost town; but we found this really cool little coffee shop that hasn’t even been open that long.  It was a great place and we met some people we didn’t know at all and got to chatting with them and ends up they live like on the next street from us back home and they knew all out neighbors but didn’t know us!  Is that weird or what?

Our trip back from Superior was uneventful – it had been an awesome journey though.  Hope you liked the ride!